An unprecedented looked at how biotech prices their drugs →

If we reduce wastage, drug prices won’t go down

Back in March, the NY Times published an article claiming that we lose $3 billion dollars each year because of the cancer drug that are wasted.  The article was inspired by a paper from Memorial Sloan Kettering Cancer Center which came up with the daunting $3 billion number.  The crux of the argument is that drug companies sell their products in packages that leave physicians no choice but to throw out the “extra” drug that remains after a dose is administered.  If drug companies simply sold their products in more convenient sizes, we could reduce this waste and recoup some of that $3 billion. 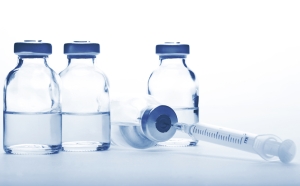 Going even further than that, Peter Bach, one of the authors of the paper, infers that drug companies are intentionally doing this to boost their profits!  That’s quite an accusation.

The leftover drug still has to be paid for, even when discarded, making it possible for drug companies to artificially increase the amount of drug they sell per treated patient by increasing the amount in each single dose vial relative to the typically required dose. – Peter Bach

In reality, reducing the wastage of drugs would have no impact whatsoever on the price of drugs.  And more importantly, if drug manufacturers followed Peter’s advice and came up with more vial sizes to reduce waste, that would be going against FDA guidance and likely result in an increase of mis-dosing of cancer drugs.

It is true that cancer drugs are wasted.  In fact, it’s practically unavoidable for certain drugs that are dosed based on body-weight.  Since patients come in all shapes and sizes, you would need an infinite number of vial sizes in order to make sure no wastage occurred.  But the question is, would reducing wastage reduce drug prices?

The answer to the question is no.  Drug companies determine price independent of packaging or vial size.  Let’s look at a hypothetical drug, Product A.  If Product A is 10% better than a drug on the market, you might chose to price it at a 10% premium (yes, it’s more complex than that, but bear with me).  If the competing drug is $1000/month, you would then price Product A at $1100/month.  Keep in mind you haven’t even thought about your packaging or dosing at this point.  Pretty straightforward so far.

Let’s look at a couple of extreme examples to see how you might price Product A under different vial size scenarios: (1) only one large vial size is produced and (2) 5 smaller vial sizes are produced.  How would each one be priced?

Since there are so many more vial sizes, there will be a lot less wastage in this scenario.  Before we look at costs, lets do some math so we have the numbers we need.

Looking at the costs across three different patient types:

What do you end up with if you average costs across all patients?  A cost of $1100/month.  Nothing has changed except you wasted a lot less of the drug and the large patient’s physician or nurse needs to gather up 7 vials in 3 different sizes and make sure there are no mistakes!

Now you might be saying “but you’re not wasting as much drug! Isn’t that a positive thing?”  Yes, reducing waste would reduce manufacturing costs, so yes, it is a positive thing in isolation.  But what if we look at the big picture?

First off, raw material costs are a very small part of the cost for most pharmaceuticals.  The cost of goods sold (COGS) for most drugs is less than 10% of the price and often only a few percent.  However, if you chose to create more vial sizes, that has additional expense as well.  You have more vials to manufacturer, more validation studies to do, etc.  Overall, the cost of having more vials might be more than the savings on raw materials!

However, the most important reason to limit the number of vial sizes is patient safety, as show in the “large patient” example above.  That’s why the FDA prefers fewer rather than more vial sizes.  If you go in for a chemotherapy session, do you know if the pharmacist grabbed the right vial?  You do if there is only one size available.  Fewer vial sizes means less of an opportunity for dosing mistakes.

In conclusion, the paper published by Memorial Sloan Kettering has good intentions, but missed out on the bigger picture.  Reducing drug waste would likely result in no cost savings whatsoever and an increase in medical errors.