Vivus’ new obesity drug: Will it get scooped by generics before it even hits the market?

This past Wednesday, the FDA approved Belviq, the recently renamed obesity drug from Arena.  It wasn’t a huge surprise since the FDA review panel gave a strong 18-4 vote of support for its approval.  Interestingly, it doesn’t appear that the REMS requirement for Belviq is all that onerous (something I commented on in my last blog post), so Arena looks like they have a real winner on their hands.

The next obesity drug up for approval is Qnexa from Vivus.  I’ve written about Qnexa in the past (here and here) and it’s been a long journey for Vivus with an initial rejection from the FDA, negotiations over new clinical trial data requirements and a refiling of the NDA.  However, after all that, it looks like Qnexa will be approved based on the 20-2 vote by the advisory panel.  And that’s a good thing!  The clinical trial data for Qnexa is actually much more positive than that for Belviq.  Almost 50% of patients taking Belviq lost at least 5% of their body weight (average of 5.7% overall), while 50% of patients taking the highest dose of Qnexa lost at least 15% of their body weight (average of 14.4% overall).  You’re probably thinking, “Wow!  Vivus has the obesity market cornered!!”.  Not so fast, Vivus may get scooped by generics before they even sell their first pill. 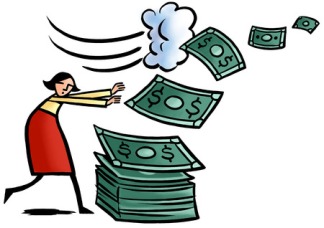 Unlike Belviq, which is a new chemical entity and covered under numerous patents which prevents other drug companies from making and selling the active ingredient, Qnexa is a combination of two drugs that are already available as generics (phentermine and topiramate).  The highest dose of Qnexa contains 15 mg of phentermine and 92 mg of topiramate.  A quick internet search reveals you can get a bottle of 100, 15 mg tablet of phentermine for $142 and a bottle of 120, 100 mg tablets of topiramate for $204, a cost per day of slightly over $3 or $90/month.  Yikes!  That’s some stiff competition for a branded drug where a price of $150-200 for a month of therapy is seen as a being “on the low end”.

However, Qnexa does an advantage that the generic drugs do not: Qnexa is a controlled-release combination of phentermine and topiramate (this formulation is no doubt patented).  This has the benefit that patients can take the drug less frequently and the levels of the drug in the body are much more stable since the dose is slowly release over a period of time.  When treating obesity, where food craving and appetite can vary over the course of a day, this is significant advantage.  However, it remains to be seen if a physician could simply have the patient split the dose of generic drugs, take it twice a day and see similar results as the sustained-release Qnexa.  I have no doubt that physicians will give it a try (or are already trying it).

Two factors will determine the impact of generic phentermine and topiramate on Qnexa’s sales: the price of Qnexa and how insurance companies respond to it.  If Qnexa hits the market at a modest premium, say $100 – $120/month, I predict that insurance companies won’t balk at it.  They won’t like it, but they’ll also judge the difference in price as too small to devote resources to controlling.  However, if the price goes much higher, say $150+, insurance companies will take notice and start to implement some controls that could significant curtail Qnexa sales.

Now insurance companies can’t force a physician to prescribe generic phentermine and topiramate instead of Qnexa, since neither is approved for use in weight loss (physicians on the other hand, are free to prescribe drugs for off-label use).  However, insurance companies have the ability to heavily incentivise the use of particular drugs through things like co-pays, step-edits and prior authorizations.  The really big risk for Qnexa is the co-pay.  Insurance companies typically have “tiers” for their prescription drug coverage that look something like this:

If we imagine a scenario where Qnexa is priced at $120/month (which is way lower than what I think they’ll price it at), insurance companies won’t complain too much about the cost and may choose to put it on tier 2.  However, patients will see a significant difference in out-of-pocket expense for Qnexa vs. generic phentermine and topiramate.  If a doctor prescribes Qnexa, the patient would pay around $40/month for the prescription.  If a doctor prescribes generic phentermine and topiramate, the patient only pays $20 per month ($10 for each prescription).  Over a year, that’s a difference of $240, not a lot, but enough to provide some incentive to take the generics.  If Qnexa gets price higher than $150, insurance companies may put it on tier 3, where patients are paying $45/month more than the generics for a difference of $540/year.  That is a significant amount of money in most people’s books and enough to get patients to ask their physician to prescribe the generic combination.

Either way you cut it, Qnexa, despite have a clear clinical benefit for obese patients, may have a hard time reaching the multi-billion dollar a year sales estimates that have been floating around.  When the FDA makes its final call on Qnexa on July 20th, keep an eye out for the price Vivus settles on because it will have a huge impact on how successful (or unsuccessful) the drug becomes.