← Update: Pfizer and Lipitor (Show me the money!)
How NOT to commit Medicare fraud… →

What on earth is Pfizer up to with Lipitor?

Now it’s not everyday that you see something this unexpected in the pharmaceutical industry, so I have to comment.

It’s old news at this point, but Pfizer’s Lipitor, the best selling drug in the history of the industry, will lose its market exclusivity on November 30, 2011.  At it’s peak, Lipitor had annual sales of over $13 billion dollars, so this is no minor event.  A lot of people in the industry were wondering how Pfizer would deal with this and it appears we’re getting a sneak preview of their strategy. 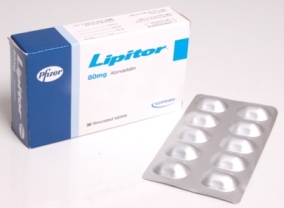 Today, a number of news agencies reported on a letter that Medco Health Solutions (one of the largest pharmacy benefit managers in the US) sent to a number of pharmacies.  The letter basically stated “…even though generic Lipitor will become available, keep filling prescriptions with Lipitor from Pfizer.”  Now why on earth would they do that?  Typically, as soon as drugs lose their market exclusivity (usually because a patent expires) generic drugs flood the market and the price drops very quickly.  Why would Medco want pharmacies to keep prescribing the more expensive, branded version of Lipitor?  Well, if we read the news reports, we quickly find out why…

“Pfizer has agreed to large discounts for benefit managers that block the use of generic versions of Lipitor, according to a letter from Catalyst Rx, a benefit manager for 18 million people in the United States.”

Get out the pitchforks!!!  Pfizer is colluding with pharmacy benefit managers (PBMs) to keep generics out!  Just another example of multinational corporations, drunk with power, steamrolling the little guy, right?  At least that’s what it sounds like if you listen to Geoffrey F. Joyce, an associate professor of pharmaceutical economics and a health policy expert at the University of Southern California…

“This is just an egregious case. Clearly there’s been some negotiation between Pfizer and the large P.B.M.’s saying we’re going to make this cost-beneficial to them, but the plan sponsors are going to eat it.”

OK, before you get too worked up, a quick lesson on PBMs.  PBMs are hired by insurance companies and by employers with health plans to manage their drug expenses.  In fact, they compete with each other, trying to provide the best plans they can.  That’s why it seems like your prescription drug benefit changes every year when its time to re-enroll in your employer’s health plan.  Do you really think Medco is going to negotiate an agreement where Pfizer gives them a discount on Lipitor and they pocket the entire thing?  Hardly.

What’s happening here is Pfizer has negotiated with the PBMs and agreed to a rebate structure that basically undercuts the yet-to-arrive generic versions of Lipitor.  Although the prices of generic drugs are less than the branded price, they typically only drop 20-30% in the first six months because the first generic version gets 6 months exclusivity (they are the only one who can sell generic Lipitor).  After the 6 months of exclusivity are up, the drug basically becomes a commodity and the price drops 80-90% compared to the branded version.  What Pfizer is doing here is providing some pretty hefty discounts to the PBMs (probably 20-30%), undercutting the generic companies and making branded Lipitor the most attractive option from a price perspective.  Those hefty rebates that the PBMs negotiated?  They aren’t keeping them.  That money will filter through to the insurance providers and employer-sponsored plans.  If it didn’t, Medco would be in a world of hurt.

Now that we have that figured out, the more interesting question is “What on eath is Pfizer up to with Lipitor?”  There has to be some strategy behind this because once the 6 month generic exclusivity runs out, the price is going to drop even more and Pfizer is unlikely to agree to a 80-90% discount.  There has been talk of an over-the-counter (OTC) version of Lipitor coming out, but that would take over a year to get approval from the FDA.

All I can say is, keep an eye on Pfizer.  They are up to something and it’s a strategy that the pharmaceutical industry has never seen before.